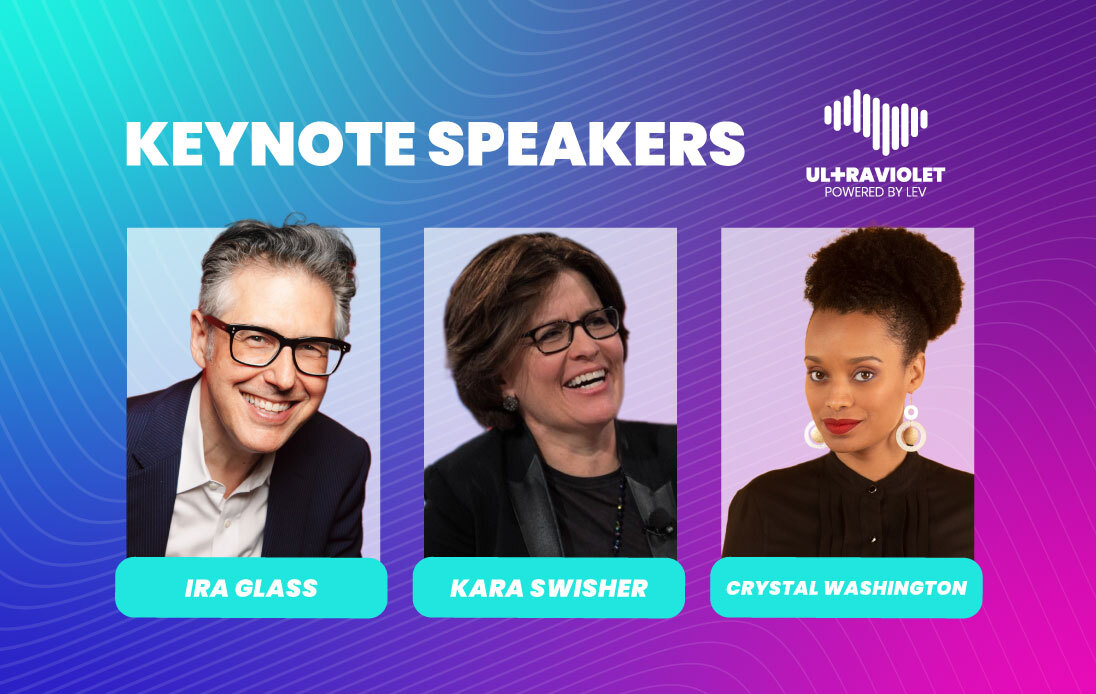 Ultraviolet is a virtual conference for marketers using Salesforce, offering more than 30 sessions of content combining marketing strategy with top-notch technical skills. The agenda is being created with the intention of having inspiring and actionable takeaways for attendees.

“We are once again thrilled to have such an amazing lineup of keynote speakers,” Michael Burton, Lev’s chief executive officer said. “They each bring inspiring and unique perspectives to Ultraviolet, and I’m excited to see what we will learn from them.”

Ira Glass is the host and creator of the public radio program This American Life. The show is heard each week by over 5 million listeners on public radio stations and the podcast. Glass began his career as an intern at National Public Radio’s network headquarters in Washington, DC in 1978, when he was 19 years old. He also served as an editor for the groundbreaking podcasts Serial, S-Town and Nice White Parents. Under Glass’s editorial direction, This American Life has won the highest honors for broad-casting and journalistic excellence, including seven Peabody awards and the first Pulitzer Prize ever awarded for audio journalism.

Kara Swisher is a contributing writer to the New York Times Opinion section and hosts the podcasts Sway and Pivot. She has been described by Newsweek as Silicon Valley's "most powerful tech journalist." Swisher co-founded the Recode website and, before that, co-founded the AllThingsD.com website for the Wall Street Journal. Previously, Swisher covered breaking news about the internet’s major players and internet policy issues, and also wrote feature articles on technology for the paper.

Crystal Washington is a technology strategist and certified futurist, taking complex social media, app, and web topics and making them easy to understand and accessible for everyday people. Washington’s clients comprise Fortune 500 companies including Google, Microsoft, and GE, and she has entertained and educated audiences around the globe. As one of Forbes’ 50 Leading Female Futurists, she appears weekly on season two of the Emmy nominated show, Life 2.0,  and she’s appeared in numerous publications including Entrepreneur and Bloomberg Businessweek. She is also the author of the books One Tech Action and The Social Media Why.

For more information about the conference and speakers, visit www.ultravioletconference.com.